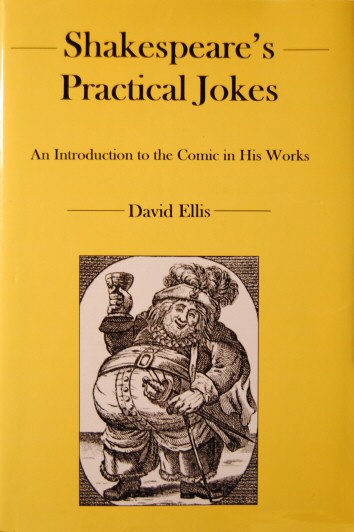 Shakespeare's Practical Jokes: an introduction to the comic in his work (Associated University Presses, 2007). There is a mountain of work on Shakespeare's comedy but very little on what in his plays could be described as comic. Focussing on a device that can be traced back to Boccaccio and beyond, this study is chiefly concerned with the jokes played on Parolles, Malvolio and Falstaff, and was described by the reviewer in Studies in English Literature as 'a highly learned interrogation of what makes us laugh in Shakespeare ... that no serious scholar should overlook.'